Varsity Letters: Why Water Down a Time Honored Tradition? 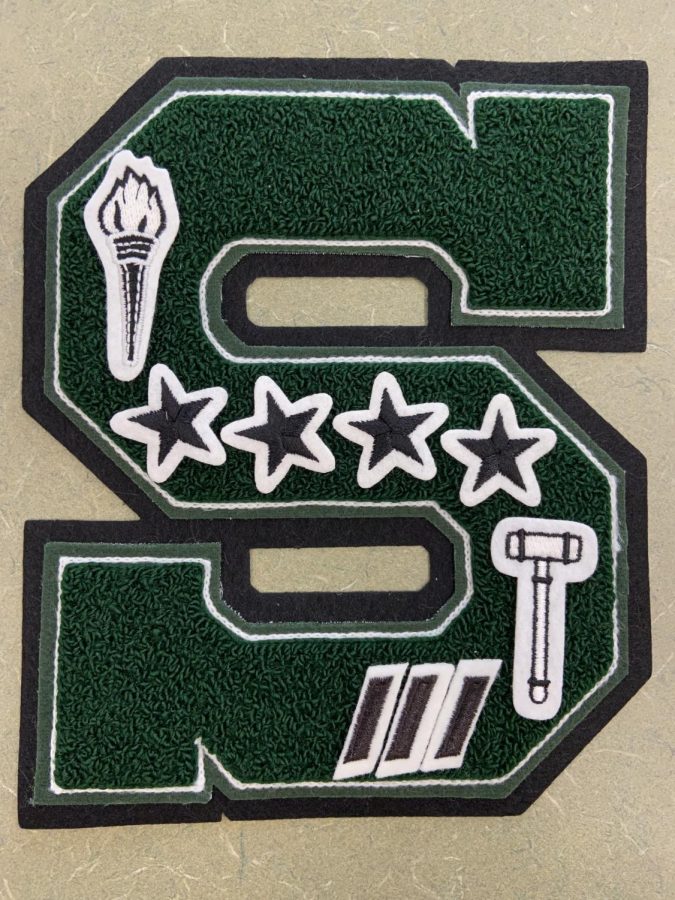 No stereotypical high school, coming-of-age movie would be complete without the jock character. And it’s safe to say that the jock isn’t complete unless he’s sporting his felt varsity letter on his bulky letterman jacket.

There’s Andrew Clark in the Breakfast Club, Rudy Ruettiger in Rudy, Danny Zuko in Grease and absolutely no Storm students walking the halls proudly flaunting their varsity letters on jackets. Over time, the undertaking in order to earn a varsity letter within several high school extracurriculars has become child’s play, making receiving a letter not as monumental as it once was.

Within Storm athletics, female student athletes can play water polo, ultimate frisbee or rugby and just by being on the roster, earn a varsity letter.

Without playing a minute of a single game or even attending a single competition, male Storm students can earn a letter in wrestling or lacrosse.

In 2017, a law was passed in New Jersey allowing any high school student, partaking in any school-sponsored extracurricular activity, the opportunity to earn a varsity letter.

“Athletes and musicians work together to win competitions and build school spirit – but more often than not, only one of these groups gets to wear a Letterman’s jacket after the game,” said Senator Kip Bateman of New Jersey. “All of these students put in the same time and energy. Honoring artistic and academic competitors in the same meaningful way we honor athletes is the right thing to do.”

Soon it’s going to be hard to distinguish between true athletes and m-athletes.

Among Storm students, an individual that participates in speech and debate, band, choir or orchestra can earn the same award as one of the seven student-athletes on the number one girls cross country team in the nation: A forest green letter “S” with a black border.

“It’s crazy to me how I can be given the same award as girls who are recognized at a national level for their athletic performance,” said Shilo Grayson, a senior who participates in speech and debate. “I have had success in speech in debate and have attended state competitions, but I can’t even fathom how much time and work the cross country girls have put into their sport.”

With the plethora of students that are able to earn varsity letters, the letters themselves become less of an award for superior achievement and more of a given for signing up. Nowadays, a varsity letter on a college application as a sign of athletic success simply doesn’t suffice, other awards such as state titles are needed.

Allowing students from different, diverse extracurriculars to earn a varsity letter could be considered “leveling the playing field,” but should students in band, orchestra, or speech and debate earn varsity letters if they don’t condition, practice, or even compete on a field?

Numerous athletes argue that an alternative award is needed for extracurriculars that aren’t athletics.

“Activities such as band, orchestra, choir and speech and debate should have some other form of recognition besides varsity letters,” said Hannah Gedde, a varsity swimmer and senior. “Their process to earn a letter is mostly based on paperwork and not working hard physically.”

In order to honor those who have dedicated a lot of time toward theatrical performances, the theater department doesn’t hand out varsity letters; It has a “Thespian Point System.”

The school theater department makes a list of every imaginable role in a production from being the main character, to the stage crew behind the curtains hanging lights and moving props. Each role is then assigned a number of points based on the energy and time required to play that role.

“To be inducted as a ‘thespian’ you must earn a minimum of 10 points, and the more you earn, the higher rank you have,” said senior and theater board president Maya Gardner. “This rank holds true all across the world for your entire life, and being a thespian can give you a lot of perks such as discounts to shows.”

With no other way to honor their time and effort put in toward their extracurricular activity, some argue that handing out varsity letters is the only appropriate option.

“I believe that athletics, band, orchestra, choir and speech and debate should all be activities in which someone can earn a varsity letter,” said senior and clarinet player Bella Huerta. “They may be drastically different activities, but the ideology, at least for me, is the same behind the varsity letter in each given activity. It is a symbol of the dedication and high achievement that passionate students can strive to earn.”

A multitude of students spend a multitude of hours on extracurricular activities. No doubt their time and effort should be honored, but the significance of a varsity letter should not be diminished in the process.