How the Office Group Can Help You 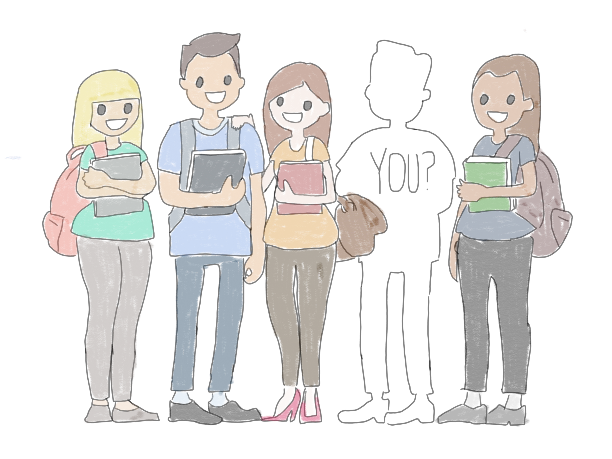 A stone’s throw away from the home of the Storm lies a secret sanctuary known as the Office Group (TOG), where a handful of students can get some much-needed help and guidance. You may catch these students talking with Betsy Kohler (resident math tutor and faux-mom), heating up some Cup Noodles in the makeshift kitchen or gazing at the U.S. map dotted with red pins of where past members have departed to higher education.

“Every student that has put in the time, commitment and effort to work towards their goals should be given an opportunity to pursue them,” said TOG co-founder Corben Hyatt.

After spending time in Summit’s Future Center, co-founder Melissa Kent found a niche of students who didn’t have access to the resources they needed. Whether these students are struggling with finances, housing issues or a lack of adult guidance, TOG is here to help.

“[Melissa] felt that we could make a big impact on students if we could work with them for a longer period of time and give them opportunities that most wouldn’t [otherwise] be able to receive” Corben Hyatt said.

Hyatt decided to join forces alongside his wife Kristal as well as Melissa and Brad Kent to create something that could provide this option.

Thus was born the Office Group, a small group of roughly 30 Oregon teens who have been nominated and selected for membership. These students often fly under the radar of need as they don’t always fit the stereotype of “in need” students.

“The Office Group has provided me with a distraction-free place to study, as well as support with preparing for the ACT/SAT tests, tutoring, and career planning,” said senior Andrew Ryan.

For Jason Garcia, a junior at OSU Cascades and one of the initial members, TOG was especially critical during high school and well into college.

“The number one thing that helped me was the mentorship. Academically I was always average so I didn’t need help with that as much,” Garcia said. “Once I went off to college, on my own and tried to navigate, they helped me through.”

In high school it’s easy to get caught up in the frenzy of fitting the mold of a “good student”. However, comparing yourself to others isn’t always the best path to go down. TOG helps students realize they can achieve their goals, no matter what may be going on in their life.

“It’s not always a straight path” Garcia said. “I’ve realized this over the years. Things can change in a matter of seconds: personal life, academics, and there are people around that are willing to help.”

The increased competition in education has made many students feel as though they’re being left in the dust while others go on to ACT prep classes, private tutoring to ace their math test or even a parent who had been through the college application experience already.

A year ago, before TOG, I felt this way; that all the hard work I had been putting into my education would be for none without access to these tools. I thought I would be in student loan debt until the age of 50 because of a goal I have had for myself since preschool. But now my eyes are open to the possibility that there are options.

For anyone contemplating joining, just take the advice of Andrew Ryan who has been through the process.

“You should apply for TOG, it’s worth it. Take great care in writing solid responses to the questions given, board members actually read these” Ryan said. “Don’t stress, TOG wants to get to know your personality, your quirks, and your story first and foremost.”

Teachers have started their nomination process, but if you think TOG is right for you, don’t be afraid to ask. Though TOG is little-known, they are determined to help and offer their resources to anyone who needs it.