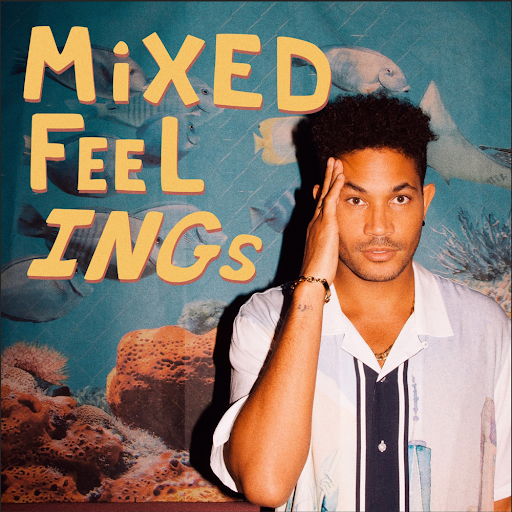 With summer right around the corner now is the time to spice-up your summer playlist with some fresh songs. The question is what songs are worthy of being in your playlist? Luckily popular artist, Bryce Vine, has come through for the people once again. Vine’s music could be described as upbeat hip hop that will lift the mood, and this album is no different. This short album could turn your horrible no good day to one of the best in your life in minutes. Vine has produced songs such as “Sour Patch Kids” and  “La La land”. His newest album, “Mixed Feelings”, features two songs “Blame It On Me” and “The Game”, which should make an appearance on everyone’s playlist.

“The Game (feat. Thutmose)” is the upbeat song of this album. The feeling of letting those windows roll down and cruise the streets with your friends will overcome your body when listening. Out of his 10-year music career, this song is arguably the best Vine has produced. Thutmose was the perfect feature for this song, bringing in his style and smoothly rolling it along with the lyrics.

“Blame It On Me” is the song that you want playing when you’re kicking back in your house, whether that be if you’re cleaning your room or just staring at your ceiling, escaping the reality of the world. Vine explains how he accidentally messed with another couple’s relationship, but sells it as a positive. Overall, the flow between repeating choruses pair well with the verses as smoothly as peanut butter and jelly making this song seem shorter than it actually is.