In the fresh morning-air, a pack of wolves takes respite beside the Summit High School entrance marquee. The group lays in wet grass, their tails lazily spread out beside them. Suddenly, the Alpha of the pack perks up from her loafing; ears up, she scans her surroundings. She senses something. The first period bell rings to interrupt her gaze, so the pack gathers their backpacks and walks into the building.

This genus is labeled “the furry.” Commonly misconstrued as kinky fur-suit clad weirdos, furry is actually just a broad term encompassing all those whom don animal costumes. The common furry is a fan of anthropomorphic (humanoid animal) characters of pop culture, expressing their fandom with full-body costumes.

If one such furry, senior Kayla Golub–or Sunny Wolf–was given a choice, she wouldn’t go in with the bell. She is much happier being outside of school, or rather, what that represents.

“I want to be free more than anything,” Golub said. “From the stress, drama, work, all of it.”

Golub feels as though she doesn’t belong in school, a common sentiment. But because she wears a tail and ears, many students agree with her especially.

“You definitely notice them… but you just keep walking to class,” senior Zack LaPlaca said.

The furries at school are familiar with questioning glances. Understandably, it’s jarring to walk by a group of students with wolf ears.

“I don’t really know what to think. It’s not like you can just stop them and ask ‘Why are you wearing a tail?’,” LaPlaca said.

The question LaPlaca won’t ask has many facets. For some, the tail is simply a costume. But for others, the furry identity runs deeper.

Inside the furry label, but more complex, are the Otherkin. Still in the same phylum for the garb they adorn, but distinct for their reasoning. The Otherkin is an animal in human skin.

Golub is one such Otherkin. She believes she has a wolf’s spirit and was born into the wrong species.

“I feel like a human most of the time, but with wolf instincts,” Golub said. “I want to be both, but sometimes I’d rather be full wolf.”

The tail and ears are Golub’s way of expressing this conflict.

“I don’t feel whole without them… I’m missing a part of me,” Golub said.

Elsewhere on this spectrum is the Yin to Golub’s Yang, sophomore Avery Oelhafen–a.k.a. Moony Wolf. Oelhafen has a wolf inside of him as well, but his is a distinct personality.

Oelhafen wears ears along with clothes to show his duality.

Oelhafen’s alter-ego is not always around; it is a playful personality that emerges in short bursts.

“He’ll come out in random moments. Goofing off in the hallways  with my friends or something,” Oelhafen said.

Golub and Oelhafen are not the lone furries on campus. They have found a group of friends half a dozen strong that identify somewhere on the furry spectrum.

It’s easy to think this discovery was a transformative experience, that it was an extraordinary thing for these pariah to find allies in their uphill battle. But they attest they are just friends who look out for each other as any other group of friends would.

The group does not go on hunts, nor do they give each other tongue bathes.

However, they are unlike other friend groups for the abnormal amount of grief they get. The group is often subject to bullying just for being themselves.

“People make fun of us in the halls, or they’ll put us on Snapchat and do it there,” Oelhafen said. “I’ve had kids pull on my tail. It can be as simple as a weird glance that makes me feel out of place. They just want a reaction out of us.”

Furries age 11-18 are 30% more likely to be bullied than non-furries in the same age group; Oelhafen and his friends are not immune to this statistic.

These incidents are part of what binds the group together. Their pack serves as a  friend group and as a support system.

“Most of my friends are like the family that I picked, so I stick with them,” Golub said. “We stand up for each other. It’s like, ‘You mess with one of us, you mess with all of us’.”

The lack of compassion for this group is startling, and most of it stems from ignorance. It’s hard for many students to understand why they don’t just stop wearing the tails.

“It’s one thing to see a minority, like skin color, where it’s uncontrollable and there’s an established level of acceptance there; it’s another thing to see a minority like ‘Oh, you’re wearing a tail’,” Junior Aidan Ramsthel said. “It’s a hard thing to do, and a brave thing. I wish people would make it more comfortable for them.” 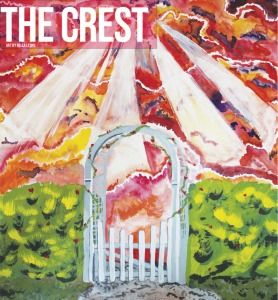