Students McGovern and Skidmore Debate Their Way to Nationals 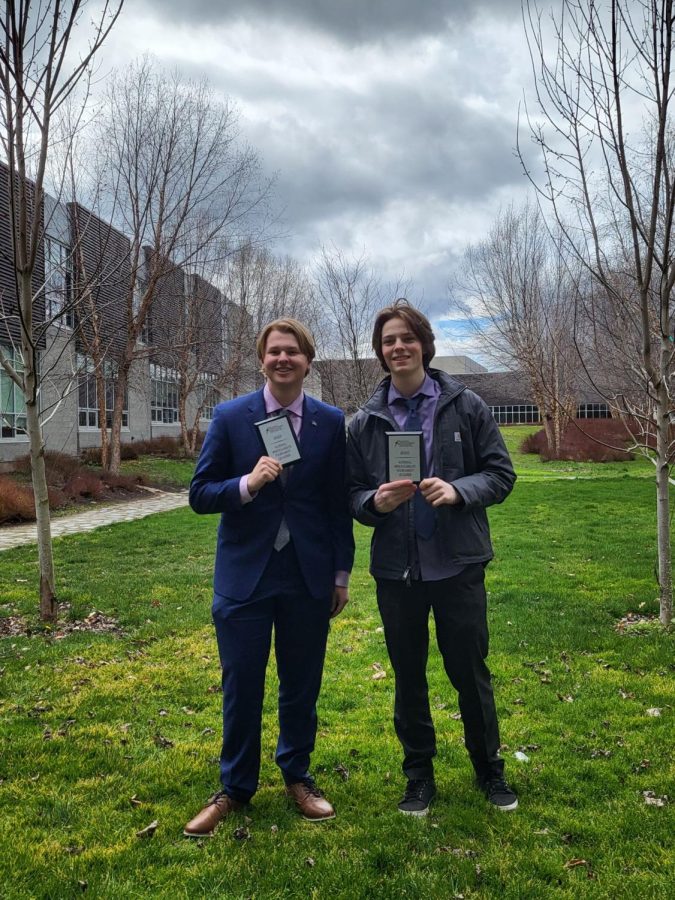 Following a Speech and Debate tournament last March, Summit Junior AJ Skidmore and Sophomore Wes McGovern qualified for the National Speech and Debate competition this June. Skidmore and McGovern will be traveling to Kentucky, where over 10,000 other Speech and Debate members from across the country will spend a week vying for the national title in their respective events. Skidmore and McGovern will be competing in a total of three events, including Lincoln-Douglas debate, congressional debate, and extemporaneous speech, an event which focuses on congressional speaking and must be written thirty minutes prior to the competition. Lincoln-Douglas debate centers on a predetermined set topic, which students must argue in favor of and against. Both events require large amounts of preparation, so there is plenty of work in store for both students, which Skidmore says holds a lot of pressure.

“There is a lot of time invested in speech and debate,” said Skidmore, “But all in all, I’m looking forward to it.”

For Skidmore and McGovern, this is a tremendous opportunity to take Speech and Debate to the next level. Summit wishes them the best of luck in competing this June!