As 2022 begins, new seasons of past favorites are making a splash. 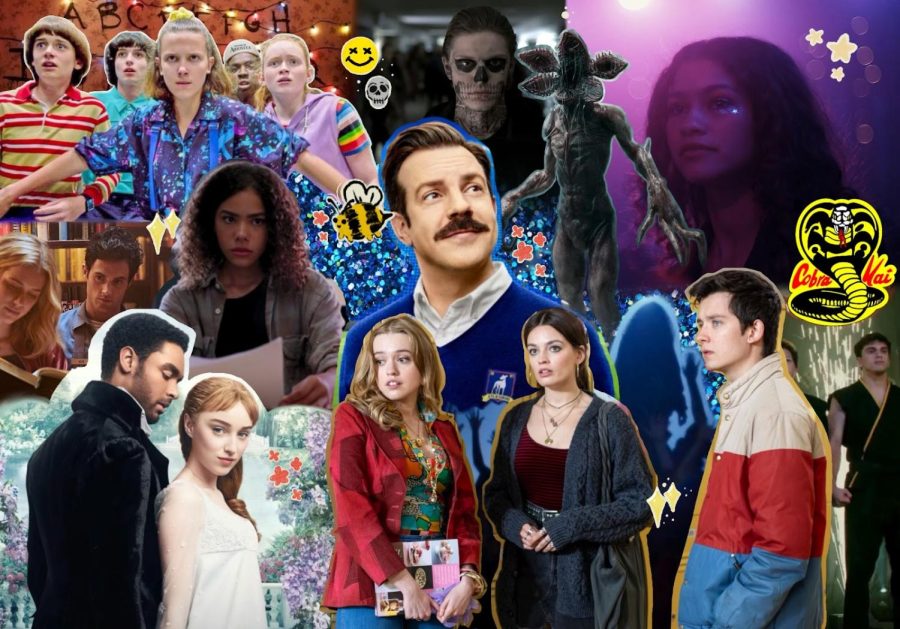 It’s a new year. 2022 will be full of fresh starts, first episodes, and new beginnings—but it also means favorites from the past are coming back. From second to eleventh seasons, here’s what to expect from these fan-favorites.
Euphoria: Season 2
In 2019, HBO Max released the first season of the hard-hitter Euphoria. The emotional whirlwind that struck many viewers is back with a second season starting on January 9, 2022. However, some avid watchers and bingers of the show may be sad to hear that only one episode will be released a week. This long-awaited new season of this dark portrayal of Gen-Z is sure to be full of surprises.
Ted Lasso: Season 3
As fans wait for the new “Ted Lasso”, a show about an American man who knows nothing about soccer moving to England to coach a soccer team, many are wondering what’s to come as the show was originally meant to be a three-season endeavor—though there have been speculations of more episodes beyond Season 3.
Bridgerton: Season 2
The Emmy-nominated first season of “Bridgerton” shot right up to the #1 spot on Netflix’s Top Ten when it was first released in December of 2020. Since the announcement of the release date for season 2, people have started to count down the days until this new season that’s sure to be full of drama scheduled release on March 25, 2022.
Stranger Things: Season 4
This thriller that captured many teenagers’ hearts has yet another exciting season coming out this year. This blast from the past is set in the 80s and has brilliantly pulled viewers in from all  generations with the nostalgic cast (including cult-favorites like Winona Ryder) and modern Sci-Fi special effects paired with the set of a John Hughes flick.
Sex Education: Season 4
Though the British comedy hasn’t released an official release date, optimism is running through the air with fans hoping season 4 will be out in the fall of 2022. After leaving off on many cliffhangers, one of which was Maeve and Otis finally confessing their feelings, but then followed by Maeve leaving for her study-abroad experience in America, fans are eager for the new season.
Ginny and Georgia: Season 2
After a first season full of enough drama, twists and turns to make your head spin, the anticipation for a new season is filling fans with the excitement of what’s to come. Leaving off on Ginny packing up and seemingly leaving was only one of the many cliffhangers viewers were left on. Hopefully, 2022 will answer the questions watchers are asking, such as where Ginny is going—and what is going on with Austin’s father?
Cobra Kai: Season 5
“Cobra Kai,” a continuation of the 80s classic “Karate Kid” has stirred up a huge fan demographic in all 4 released seasons. Season 4 was released onto Netflix on New Year’s Eve, and season 5 filming has already come to a close. Season 4 was full of excitement and fans are already forming theories surrounding the storyline.
You: Season 4
This chilling TV show starring Penn Badgley as Joe Goldberg has captivated many with his disturbing life from stalking to murdering to leaving his child on a door step. The new season is a mystery, but will surely be full of twists and turns while Goldberg deals with the repercussions of his life.
American Horror Story: Season 11
The wait for the 11th season of “American Horror Story” has many fans wondering what the new season will look like. From asylums to aliens, AHS fans have seen it all. The new season set to release in fall this year could be virtually anything. Ryan Murphy, the creator of “American Horror Story”, asked fans, in a now deleted Twitter Poll, what they wanted the plot of the new season to be. The top results were Sirens and Bloody Mary.