The Five Best Holiday Movies to Watch in 2021 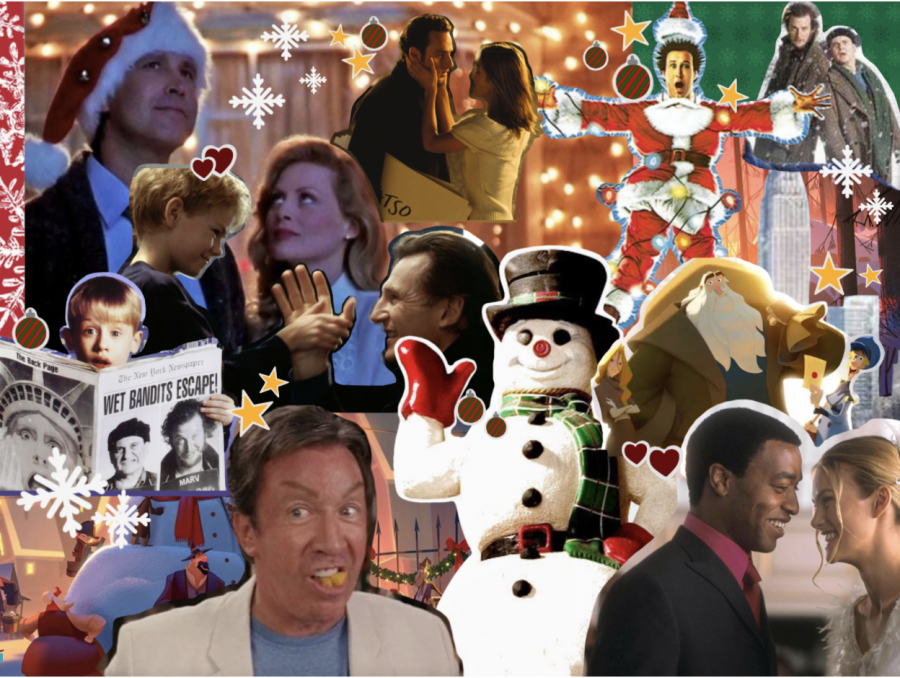 This classic is the perfect pairing of celebration and holiday love—telling stories not just in the stereotypical boy-meets-girl way, but with characters that embrace all the different facets of both romantic and platonic love. Ten different storylines intertwine, showing ten special relationships throughout the holidays, whether that be by serenade or time spent together. Through secret Christmas gifts and a holiday pageant, Love Actually gives an intricate glimpse into the lives of characters that would have usually been looked over.

Who can forget cousin Eddie in his underwear or Chevy Chase falling off the roof and breaking his neighbor’s window with a massive icicle? Christmas Vacation is a picture-perfect example of Murphy’s Law—what can go wrong will go wrong. Yet, somehow, all ends well. Plus, the characters have a great story to tell at future family gatherings! May we all be so lucky this holiday season.

Watching Kevin play cruel pranks on bandits Marv and Harry in Home Alone can almost be considered a Christmas necessity. The first in the six-movie series is a classic, but the second, Home Alone 2: Lost in New York really takes the cake with the city setting and a slightly older, but still charmingly hilarious Kevin. Adding a grouchy hotel manager and featuring the classic Sticky Bandits—who are even dumber than before (if that’s possible)—the film must be enjoyed with hot cocoa and some holiday cookies.

Klaus is a modern take on the age-old tale of Santa and his elves, which portrays him as a lonely old man versus the typical jolly, red-suited Santa that we know and love today. The movie draws strong parallels to Pixar’s acclaimed film Up. Over time, Mr. Klaus, an elderly toymaker, and his postman pal Jesper form a strong bond that warms the heart. Both characters learn an important life lesson, all while bringing peace to the fictional town of Smeerensburg, known for having a long-standing history of violence. Their friendship is one sure to last forever.

Why celebrate Christmas when you could travel to paradise—and save money in the process? This is the mindset of one Luther Krank, a Chicago resident who one year decides to completely cancel Christmas as a result of his daughter Blaire’s move to Peru. Luther and his wife Nora’s idea is a perfect example of coping with the emotional strain that accompanies the holidays. Nevertheless, they are deemed “scrooges” by their neighbors, coworkers, and friends. Cancelling Christmas goes from a minor detail to a city-wide issue, which is only fueled by Luther’s stubborn desire to absolutely not be associated with the holiday. However, this all changes with the exciting news that Blaire is indeed returning to spend Christmas with her family—news that comes approximately 12 hours before she arrives. The Kranks manage to pull off planning for Christmas in one day, but not without the help of their entire neighborhood.

Pairing (slightly unusual) holiday cheer with the value of good friends, the movie is a classic that will forever ruin your appetite for Hickory Honey Ham.