Dune: A Movie as Dull as it’s Barren Landscape 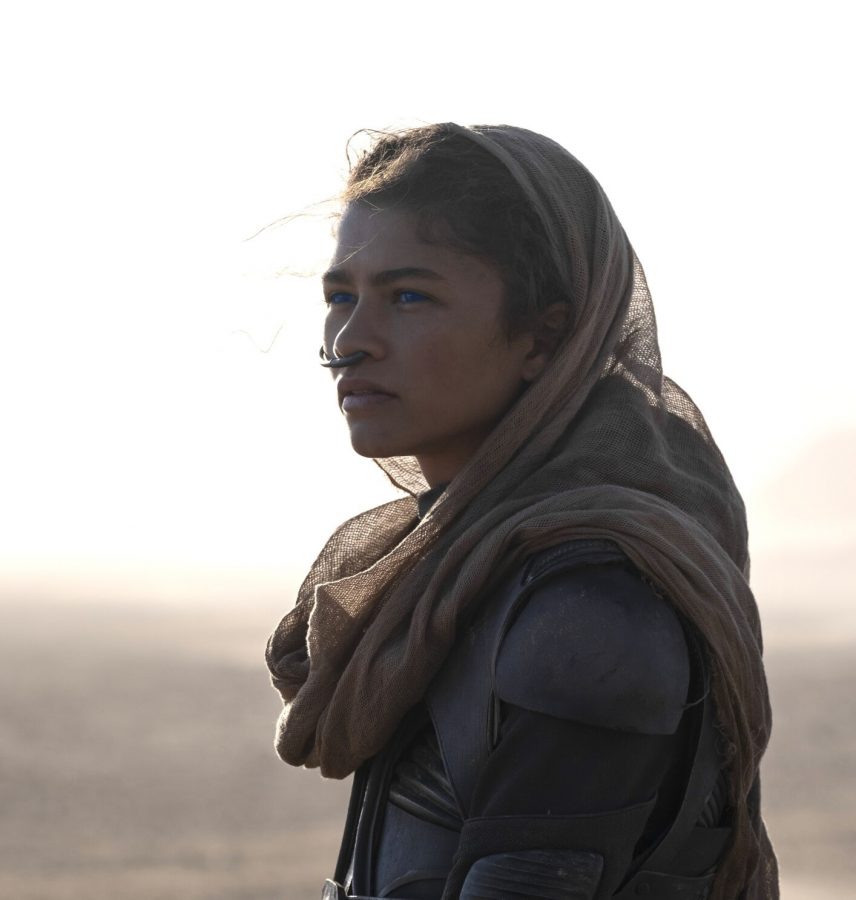 Many people participated in the long-awaited anticipation of the movie “Dune” which was released October 22, 2021, into theaters and HBO Max.

The reasons varied for wanting to watch this. Some–like me–were excited to see Zendaya and Timothée Chalamet come together in the film, while others had read the Dune book series, the first of which was published in 1965.

However the excitement to see the two widely popular actors, together on the screen, came to a halting stop when many realized they were sorely mistaken in thinking they would be seen together often. Zendaya was hardly in the movie at all–though it is rumored that in the next movie she is more prominent. I was quite bewildered at how much she was used in promoting the movie and yet merely appeared for 7 minutes or 4.5% of the movie according to ​​Christi Carras from the LA Times.

Nonetheless, whatever the reason for wanting to watch this so-called fantastic film, many rushed to the theaters (or their couches) and watched.

Though some enjoyed the movie for following the book so closely, and the fantastic actors and actresses, I found it more dull than interesting.

I can not disagree that the cinematography was brilliant, with its amazing captures of countless scenes. Out of the countless people who liked the cinematography, many thought it would be hard to recreate Frank Herbert’s book, Dune, because of the complex details, but Denis Villeneuve has stunned a great deal of people.

Denis Villeneuve’s take on Dune hasn’t been the first attempt to capture the well known book, David Lynch’s 1984 Dune also took on this endeavor. Many were not pleased with this first attempt of Dune and Johnny Oleksinski stated in a review on the New York Post that “[Lynch’s take on] ‘Dune’ flopped at the box office, making $30.9 million on a $40 million budget.”

Fighting the urge to turn it off, I watched the whole 2 hours and 35 bland minutes of this film hoping it would get better, it never did. My confusion on what was happening was never-ending and the abrupt movie ending didn’t help this seemingly incomplete story. The confusion and chaos I was experiencing through the movie caused me to find myself forcing my eyes to stay on the screen.

Though the 2021 Dune may have pleased some, for me it was much more agonizing than interesting.