After the annual sophomore meeting erupted into chaos many questions remain. 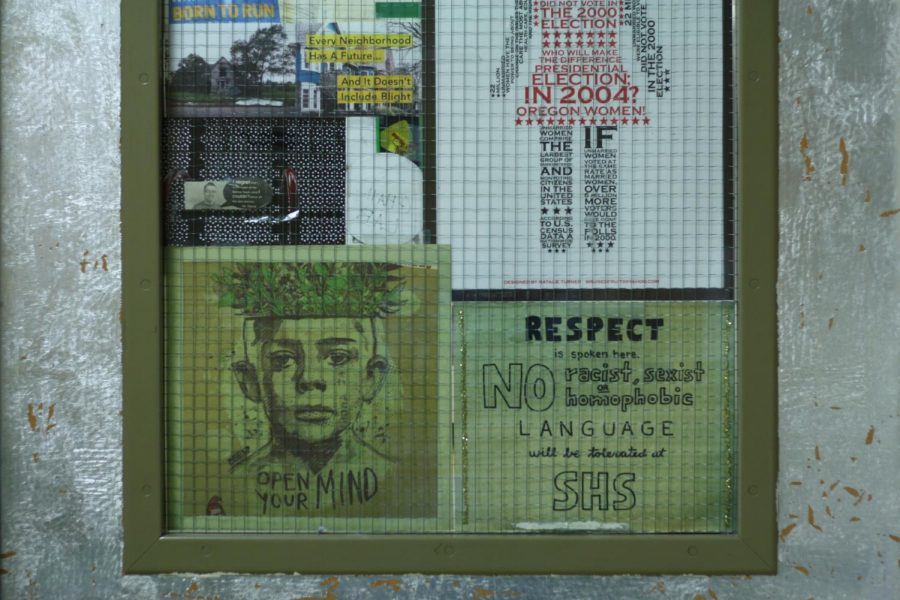 On Tuesday, October 19 a few hundred Summit High School sophomores gathered in the school auditorium for an annual class meeting. With the auditorium full of antsy 15- and 16-year-old students, the teens found it easy for their attention to drift away from the speakers, who were presenting about clubs, volunteering, transcripts and other graduation requirements. Concluding the meeting was a typical question-and-answer session, covering class credits and extracurricular activities. Sophomore Ell Buresh, however, had a much larger question to ask.

“What do you plan on doing about the bullying, racism, transphobia, homophobia, and gender neutral bathrooms at Summit?” Buresh asked.

Her comment caused a stir and many were unsatisfied with Mr. McDonald’s response.

“We have clubs for that and ways to report it…” McDonald said.

“Well you guys don’t do jackshit about it,” sophomore Alley Betz shouted.

On Friday, sophomore Frankie Massine was able to share thoughts with her Literature and Composition teacher, Mrs.Carroll.

“I went home feeling uncomfortable and it made me lose trust in our administration,” Massine said. “All of those things mentioned affect us directly and indirectly, and as a student we have the right to know how to combat them.”

Buresh was able to find support from Summit’s student council members, sharing her experience while looking for reassurance.

What appalled the student council most of all was the lack of shared information and resources for trans students at school.

“We just found out that we had gender neutral bathrooms because they don’t advertise them,” Eleni Adams said, referring to the few gender-neutral bathrooms at Summit, such as the one found just inside the library.

Adams is one of two equity coordinators at Summit, and was disturbed at how dismissed Buresh and other transgender students felt following the class meeting.

Buresh elaborated on her frustration with those in charge.

“The staff keeps on giving the same response to every student that comes to them,” she said.

As the day drew to a close, many felt the weight of the problems confronted at the sophomore meeting.

“We want to be inclusive, we want it to be this and that but it’s easier to say it than have it actually become a reality,” said Sophia Ermisch, the upperclassmen Equity Coordinator on student council.

Mr. McDonald, in an interview with The Pinnacle, also expressed a desire for change and inclusivity.

“I think my response [at the sophomore meeting] was not adequate…I wasn’t ready to talk about it and I was unprepared,” Mr. McDonald said.